In October 1833, 180 years ago, a baby boy was born to a family in Stockholm, Sweden who was to become a famous scientist, inventor, businessman and founder of the Nobel Prizes. 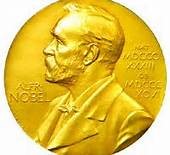 The first truly multinational companies in economic history – owning or controlling manufacturing facilities outside the country in which they have their head office – are associated with Nobel. Before Alfred Nobel created his international trust he had himself been the international institution that had started 87 companies all over the world.

As entrepreneur Alfred Nobel showed ability to set up operations quickly on new markets, to seek out the market and give persuasive theatrical demonstrations.

Nobel said: “If I have 300 ideas in a year and just one turns out to work I am satisfied.” As an inventor he had 355 patents worldwide- one of them was the patent on dynamite.

According to his will, Alfred Nobel’s enormous fortune was to be used to establish prizes to award those who had done their best to benefit mankind in the fields of physics, chemistry, medicine, literature and peace. The first Nobel Prizes were awarded in 1901, five years after Nobel’s death. In 1969, another prize was added “The Sveriges Riksbank Prize in Economic Sciences in Memory of Alfred Nobel”.

The Nobel Laureates are announced at the beginning of October each year. A couple of months later, on 10 December, the anniversary of Alfred Nobel’s death, they receive their prizes from the Swedish King.