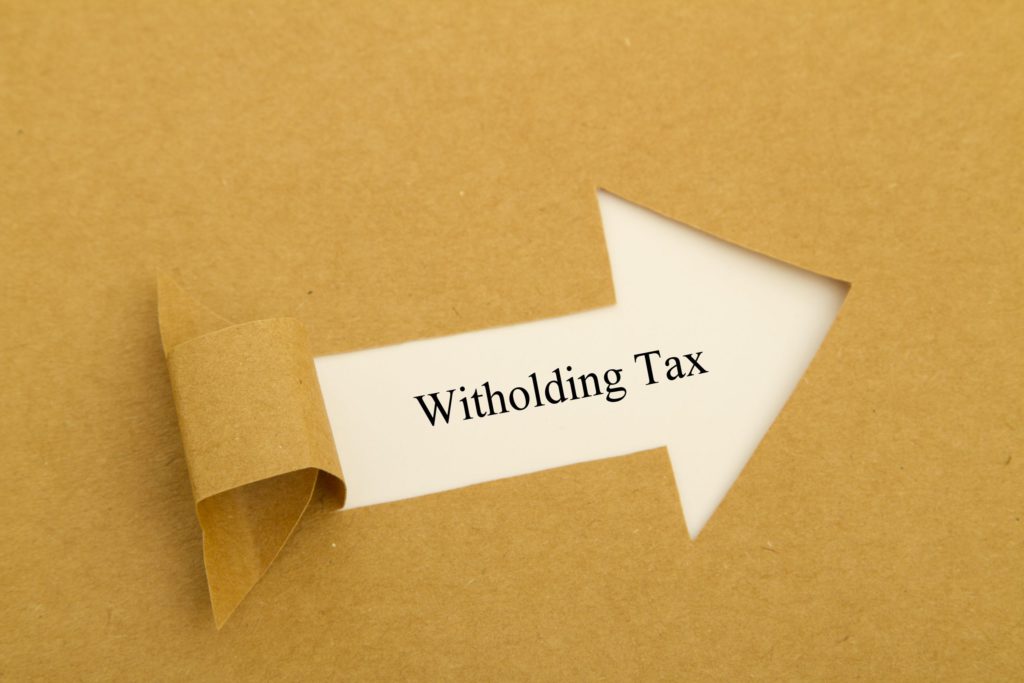 Brexit and changes to withholding taxes

The EU parent-subsidiary directive removes withholding taxes on any payments of dividends or profit distributions between associated companies within different EU member states. Companies are defined as associated where one holds 10% of the capital of the other for a minimum period of two years.

The directives have continued to apply to the UK during the Brexit transition period but came to an end on 31 December. The impact is that some payments between UK and EU resident associated companies will be subject to withholding taxes.

The table below shows the rates applicable to certain payments, based on the domestic legislation of the territories concerned and the relevant double tax agreements with the UK at the time of writing (see a full list of agreements). We would advise clients to always check the current treaty in case of any subsequent changes. 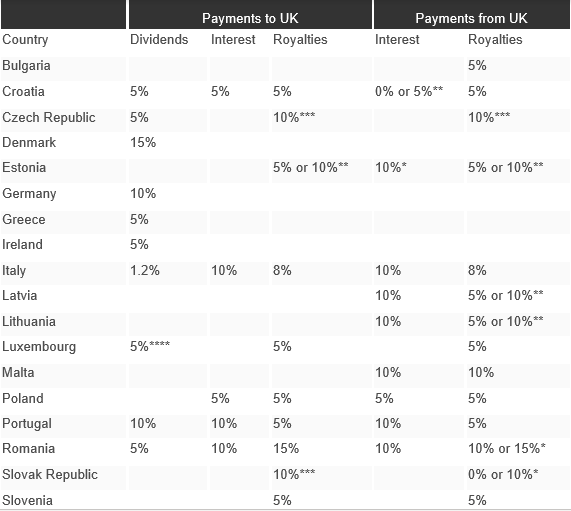 It is possible that the UK will be able to renegotiate some existing double taxation treaties so that they replicate the current position. Alternatively, some EU countries may amend their domestic tax rules to achieve the same outcome. In the meantime, many companies may need to take action to manage their cashflow position.

If they wish to take advantage of treaty rates of withholding tax (which in some cases exempt the relevant payment from withholding tax altogether), some UK companies will need to make new or amended withholding tax applications. The relevant forms usually need to be submitted by the UK companies concerned to the taxing authority of the paying company to enable the payer to make payments of dividends, interest or royalties at the applicable treaty rate. The forms are usually completed and stamped by the EU tax authority concerned to provide evidence that the company is entitled to the treaty benefits concerned.

The UK does not normally charge company profits tax on dividends received from other companies in the same group. However in the case of dividends paid to the UK from some EU countries (Portugal is an example), the EU country will only allow the double tax treaty rate to apply where the dividends are subject to tax in the UK. It will therefore need to be considered if it is better to elect to tax the dividend in the UK to secure the treaty rate of withholding tax.

EU resident companies may also wish to take similar action in relation to payments from UK resident associated companies. However, it is worth noting that:

-the UK does not withhold tax on dividends made by UK companies; and
-royalty payments can be made gross or at the treaty rate of withholding as applicable by UK companies where the payer reasonably believes that the receipt is entitled to the benefits under the relevant treaty.

Source: Institute of Chartered Accountants in England and Wales