On 18th March 2015 the Finance Minister, known as the Chancellor in the UK, made his annual Budget statement. Against a background of increasing employment and the lowest number of people claiming Jobseeker’s Allowance since the start of the economic crisis in 2008, the UK economy looks to be strong and growing. Inflation is falling (partly due to lower energy costs) and pay is rising slightly faster than inflation for the first time since 2009.

Corporation tax is reduced is 20%. The taxes payable 9 months after the end of the book closing date.

The Annual Investment Allowance (AIA) is the amount of capital expenditure which a company can claim in full against its taxes in any year, remains at GBP 500,000 each year until December 2015. The amount from January 2016 was not stated, but it is likely to be higher than the GBP 25,000 previously announced.

Any investments in access of the AIA get tax relief at 18% in most cases. There are different rules for cars.

Also, should this create a loss for Corporation Tax purposes, this loss can either be carried forward into future years indefinitely or taken back one year and generate a refund of tax already paid for the previous year.

Small and medium sized companies can claim 230% of qualifying R&D costs against taxable profits and if this results in a loss for tax purposes, these losses can be carried forward and set off against future profits indefinitely.

Loss making companies can give up their claim, a process known as surrendering, and receive instead a payment from the UK government of 14.5% of the claim.

Alternatively, Corporation Tax losses can be taken back into the previous year and generate a refund of taxes already paid.

The rate of employer’s Social Costs, known as National Insurance or NI in the UK, is 13.80% of salary above GBP 8112 per year. There are no Social Costs on salaries below this level. Employees under 21 are exempt from social costs.

For 2015/16 tax year small UK companies will not have to pay to the tax authorities the first GBP 2,000 of their Social Costs in a process referred to as a “holiday”.

The main rate of VAT in the UK remains at 20%. A number of essential items including public transport, books and newspapers, children’s clothing and unprepared food have a zero rate of VAT.

The annual sales limit above which a business must register for VAT is GBP 82,000. Businesses which are already registered can de register if their sales fall below GBP 80,000.

The tax free personal allowance is reduced where the taxable income exceeds GBP 100,000 per year.

Personnel also pay Social Costs on their salary. Again there is a free allowance of the first GBP 8112 up to which no Social Costs are paid. Then the personnel pay 12.0% of salary up to GBP 42,380, and 2.0% on all salary above that. 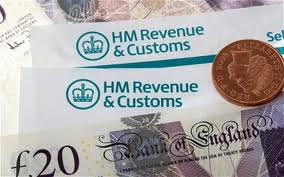 There are many opportunities for growth and investment in the UK, which receives more Inward Investment from outside the EU than any other EU Member State.

Low rates of Corporation Tax, large tax incentives for purchases of machinery and equipment and increases in the amount of tax refunded to loss making businesses which have carried out qualifying R&D projects are only part of the attraction of the UK.

Low employment taxes also play a significant part, as does the ability to carry forward company tax losses indefinitely, and also to take a loss back one year and reclaim Corporation tax already paid in the previous year.

As always in a short commentary such as this it is not possible to cover all aspects of potentially complex situations. Before taking any action on the matters raised here please consult EBS or your usual tax adviser.