The result of the referendum in Scotland is now well into the past. 55% voted to stay in the UK. However, if one looks in detail then there is a more interesting and conclusive outcome.

Of the 32 constituencies for the voting, 28 had a majority to stay in the UK, and only 4 voted to leave. The largest majorities for staying in the UK were in those places which are working in the oil and gas industries, and with financial services, which are the larges temployers in Scotland.

So, back to business as usual, and confirmation that the UK has a strong and growing economy, business investment is growing strongly and the people feel confident in the future. All the signs that the UK is the strongest (large) economy in the EU, full of opportunities. Let us look at the detail. 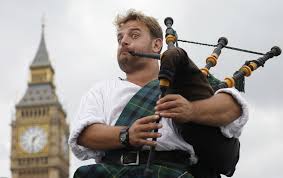 The Office for National Statistics (ONS), has revised UK economic growth up to 0.9% for the quarter ended June 2014, and UK GDP was 3.2% higher for the same period compared with a year earlier. This means that the UK economy passed its pre-recession peak in the third quarter of 2013, and was 2.7% higher than its pre-crisis peak by the end June this year.The figures from the ONS include a new EU wide methodology for calculating gross domestic product (GDP). The new measure includes factors such as spending on research and development, as well as the economic contribution made by drug dealers and prostitutes apparently. How anyone can accurately calculate this is a mystery to me.

The Bank of England forecasts that the UK’s economy will grow by 3.5% in 2014, and the ONS figures show the business confidence is continuing to strengthen, which is demonstrated by the fact that business investment grew 11% in the second quarter of 2014 compared with the same period in the previous year.

So all this tells us that the UK has a strong and growing economy, and therefore, whilst many countries are experiencing difficulties, the UK is open and full of business opportunities.